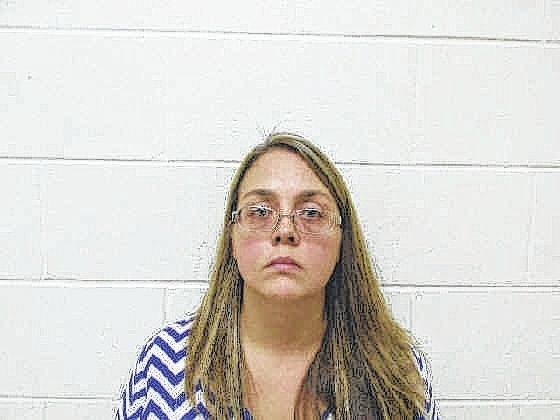 The Scioto County Sheriff’s Office is not releasing the name of a company that was possibly the victim of the theft of a “substantial amount of money.” All they are saying is that Stacey E. Renison, 33, of Portsmouth, has been charged with one count of theft; a felony of the fourth degree.

Scioto County Sheriff Marty V. Donini said his office received a call from a South Webster business reporting a theft of money on Oct. 8, 2015. Detectives met with the owners of the business which resulted in a report being filed to start an investigation. During the investigation detectives learned that a substantial amount of money had been taken over a period of three years.

Donini said it is an ongoing investigation that could result in more charges being presented to the Scioto County grand jury at a later date.

Renison was held on a $5,000 bond pending her appearance in Portsmouth Municipal Court on Thursday.

Donini said anyone with any information concerning this theft is being requested to contact detective Jodi Conkel at 740-351-1091. He said all calls will remain anonymous.