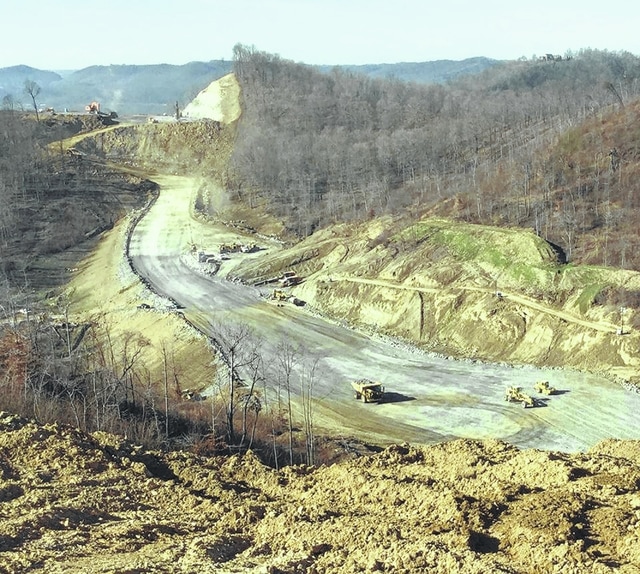 Contractors and crews have been busy over the last several months making preparations for the Southern Ohio Veterans Memorial Highway. As winter settles into the area, crews are still anticipated to work, as long as the weather allows.

Kathleen Fuller, Public Information Officer with the Ohio Department of Transportation District 9 said crews are still working during daylight hours and on all segments of the project.

In early January it was reported the project is roughly 15 percent complete.

“If you go up Lucasville Minford Road where our field offices are, you can see a lot of work going on where the interchange will be. That amount of work alone is tremendous,” Fuller said. “You can really see the footprint of the new road.”

Before construction on the highway began ODOT hired Portsmouth Gateway Group (PGG) to be the project developer.

The speed limit of the roadway at 70 miles per hour.

In total the project will cost $1.2 billion, the United States Department of Transportation provided the project with a $209 million loan.

Fuller said the project remains on schedule with a projected completion date of December of 2018.

ODOT along with members of the Portsmouth Gateway Group have established an office along Lucasville Minford Road for the project.

She said the amount of rain the area received this fall did take a toll on the project. The snow has not had as great of an impact, but they do monitor the weather.

Fuller said on any given day there are roughly 200 people working on all aspects of the project.

She said those interested in a job working on the project should visit, www.portsmouthjv.com.

The current schedule for opening the road to traffic is slated for Dec. 18, 2018.

Fuller said the current work schedule has crews working throughout the winter, as weather permits

the project is a 16-mile, limited access, four-lane highway that will bypass about 26 miles of U.S. 52 and U.S. 23 in Portsmouth. Once completed, ODOT estimates it will reduce travel time by 16 minutes compared to the alternative routes in the area.

After completion the Portsmouth Gateway Group will operate and maintain the project for up to 35 years.