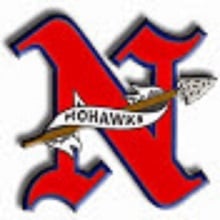 McDermott will be the site of a battle for SOC I supremacy, as the Northwest Mohawks (4-2) will face off against the Oak Hill Oaks (2-4). This Week 7 matchup will break the tie between the Mohawks and Oaks, giving one team sole possession of first place in the conference standings.

The showdown is scheduled to have a 7 p.m. kickoff.

Both teams come into Friday night’s game with an unblemished conference record. Each team has been successful in both of their conference games this season.

On September 26th, the Mohawks visited the Eastern Eagles in Beaver, Ohio and squelched a comeback bid for the Eagles. After a late fourth quarter score by the Eagles tied the game, Northwest marched down the field and reclaimed the lead as well as the victory with a touchdown in the final minute of the game.

Last week, the Mohawks hosted the East Tartans in their second SOC I matchup of the season. In that game, the Mohawks made a bold statement to the rest of the members of the SOC I as they shut-out the Tartans 41-0, giving them an SOC I record of 2-0 and a claim to first place in the standings.

The Oaks season has been similar to a roller coaster ride. Their season had a disappointing start, losing their first three games to Chesapeake, Minford, and Rock Hill. Despite the slow start, the Oaks fired back with two consecutive conference wins, as they defeated Symmes Valley and Notre Dame.

However, the roller coaster ride continued for the Oaks after traveling into Wheelersburg to face the Pirates last week, and losing 48-0.

Despite their overall 2-4 record, the Oaks have managed to maintain a claim to first place in the SOC I standings, thanks to their two conference wins.

Northwest Head Coach Brooks Fry won’t be overlooking Oak Hill when they battle Friday night. “They’re very well coached,” said Fry. “They have a lot of athletes back from last year, guys that gave us problems.”

Fry said the Oaks are a very fundamentally sound football team, which is evident when watching game film.

“We’ve got to be ready to go Friday night,” added Fry.

“One of our goals at the beginning of the year was to be able to compete for a conference title,” said Fry.

Friday’s conference matchup could very well determine who will win the SOC I for the 2015 season, making it a meaningful game for both teams.

“When we started coaching here, one of the big things we talked about was playing in meaningful games, games that meant something, later on in the second half of the season,” said Fry. “That’s what this is and our team is looking forward to the opportunity they have.”

The Mohawks will enjoy a true home field advantage for their game against the Oaks, something they were unable to enjoy last season due to field issues.

“It’s nice to be playing at home,” said Fry. “I think 15 or 16 of our last 18 games have been on the road, which has been well documented, but we had a nice crowd last Friday night, and obviously, our kids are comfortable playing there in front of our home crowd.”

http://portsmouth-dailytimes.aimmedianetwork.com/wp-content/uploads/sites/28/2015/10/web1_NW.jpg
SOC I supremacy up for grabs