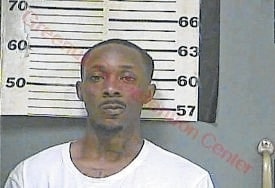 Jones was reportedly arrested Sunday at approximately 9:15 a.m. when Greenup County deputies seized 100 grams of what deputies said was pure rock heroin from Jones, and confirmed the drugs have an estimated street value of at least $20,000. Reports reveal that an arrest was made after a drug transaction took place between Sheriff Cooper and Jones in which Cooper paid $10,000 cash for the 100 grams of heroin received from Jones.

Jones was arrested and charged with trafficking in heroin. He was transported to the Greenup County Detention Center.

The Greenup County and Boyd County Sheriff’s Departments worked in collaboration to make the arrest of Jones possible.

Authorities urge all citizens with any information relating to drug activity to call their local office.