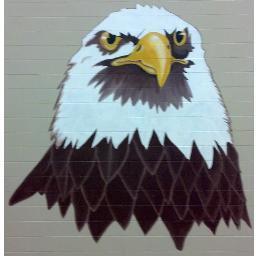 The Eastern golf team overtook South Webster for the top spot in the SOC I team standings on Thursday, shooting a combined nine-hole score of 197 at Shawnee Golf Course.

The Eagles came into Thursday’s match in a tie for second play with Clay, four shots behind the Jeeps. Eastern was led by Cole Haislop, who paced the team with a nine-hole score of 44.

Clay finished in second place in Thursday’s match, four strokes behind Eastern. The Panthers were led by Hunter Armstrong, who shot a 47.

Western’s Elias Montgomery remains comfortably in front of the individual standings. He earned his fourth SOC I medalist honors in as many matches, shooting a nine-hole score of 40. He leads the race for SOC I Player of the Year; he’s now 11 strokes ahead of Clay’s Wyatt Large.

The fifth and final SOC I match of the season will take place next Thursday at the Elks Country Club.