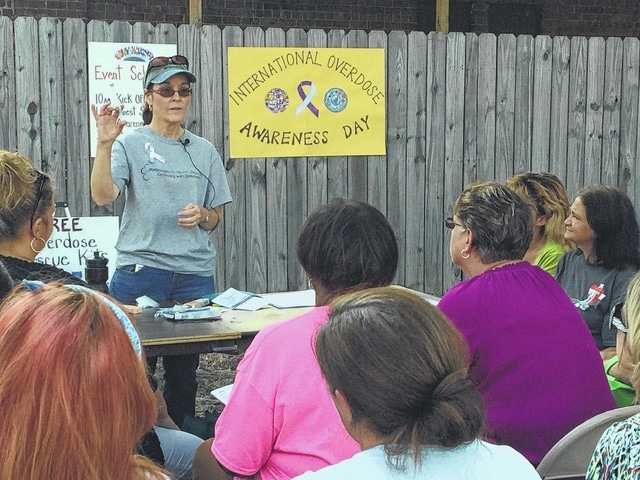 Monday, Aug. 31, is recognized around the world as International Overdose Awareness Day. This is the first year Scioto County has held an event to recognize the day, where several community agencies came together at Fastop Grocery Store in Portsmouth to learn about programs available in the community.

One of the aims of the overdose awareness event was to raise awareness of overdose and reduce the stigma of a drug-related death. The event also acknowledges the grief felt by families and friends remembering those who have met with death or permanent injury as a result of drug overdose.

“There’s places all across the globe today, who are doing things just like this. There is an epidemic in fatal overdoses going on across the nation. As you are aware, Scioto County has had this particular problem for well over a decade,” said Lisa Roberts, event spokeswoman. “We have a very strong recovery community in Scioto and Pike County. We’re an army that’s growing stronger and stronger.”

The Portsmouth City Health Department was at the event distributing Naloxone kits.

Due to unforeseen circumstances, the guest speaker was unable to attend. Jo Anna Krohn, executive director of SOLACE addressed those in attendance.

“We (SOLACE) started out with five people in a church basement as a grief support group. I lost my son Wes Workman at age 18 a senior in high school to a drug related death,” Krohn said. “When this (loss of her son) happened I was devastated, but I decided that I did not want any other family to have to go through this. If I could make one youth, make better choices than my son did and it could save them, I would dedicate the rest of my life to that.”

Other associated events included an awareness march, music and a closing service.

For more information about SOLACE find them on Facebook.