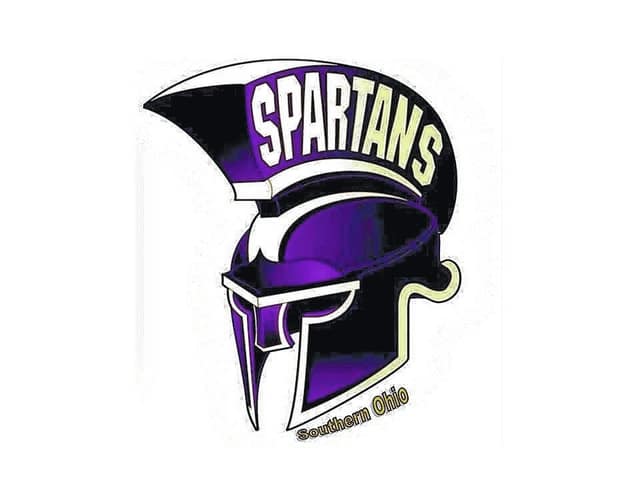 The “elder statesman,” as he refers to himself, has played semi-pro football for the Southern Ohio Spartans for the past three seasons. The offensive lineman has made the All-Star team during his first two years and is hopeful he’ll make the team again after this season.

“God’s blessed me to be able to play this late in life,” Haney said. “I have a young son that plays tight end and on the defensive line at Portsmouth. And for him to still be able to see me play football this late in life, it’s a great feeling. It’s still super enjoyable for me to get to play at this level.”

However, after his first two All-Pro years, Haney wasn’t guaranteed a third. In February, Haney was preparing to play in the All-Star game before landing in the hospital due to an emergency gallbladder removal. Haney dropped 35 pounds during his 10-day hospital stay. After finding his season in jeopardy, Haney was cleared by his doctors before the Spartans’ home opener.

“I was told by the doctor I wasn’t going to be able to play,” Haney said. “But then I started healing real well and she said, ‘yea, go for it.’ So, I got to play the very first game.”

The Former Wheelersburg Pirate and eventual East alumni has never suffered any injuries that have prevented him from fulfilling his commitments on the gridiron. Without knowing when his journey is going to end, Haney will continue to monitor his health and reassess his situation after each season.

“I don’t know how many more years I’ve got but as long as I’m healthy, I feel good and I’m not getting beat up on the field, then I’m going to keep playing,” Haney said.

Although he’s relatively healthy, Haney admits he isn’t able to keep up with many of his teammates who are almost half is age. At the conclusion of the Spartan games on Saturday nights, all of the younger players are making their post-game plans to wind down from the three hour adrenaline rush. However, Haney takes his family home, finds his favorite recliner and places ice packs on both knees.

“That’s all I can do,” Haney said jokingly. “Saturday nights are great but Sundays I can’t move.”

Despite the aches and pains all over his body, Haney isn’t allowed to voice his discomfort.

“If I complain, then my wife says I’m done,” Haney said. “So, I’ve got to keep my mouth shut on Sundays.”

Haney, a retired police officer, has only missed two games during his three years with the Spartans — both contests due to family commitments.

Before he joined Southern Ohio, Haney had been absent from football for 18 years. During that time, Haney has watched his son, Brandon Haney, play football for Portsmouth as well as travel ball. When Haney and his son use to travel across the country, Haney became self conscious about his weight, which hovered around 300 pounds.

“We are traveling all over the country and here’s my son who is a good athlete, and I’m a big slob,” Haney said.

So Haney began working out and trimmed down to 245 pounds. And one day, while working out at New Boston High School, Haney met Spartans head coach JoJo Parker.

Haney’s first game was against the Kentucky Warriors. After one contest, Haney was hooked.

“I absolutely loved it and I’ve loved it ever since,” Haney said. “It keeps me working out and it keeps me in shape.”

“To me, it’s not about winning or losing,” Haney said. “Ed Miller said this when I was a freshman in high school: ‘It teaches so much more about life than just a football game.’ That’s what it is. I love the comrade . I love getting out there, competing, cheering your friends on and shaking hands with the other team.”

And of course, he wants to show his kid how the game is suppose to be played through his actions.

“I want to teach my kid — I don’t know how far he’s going to go — If you play to the best of your ability, then you can walk off that field with your head held high,” Haney said.