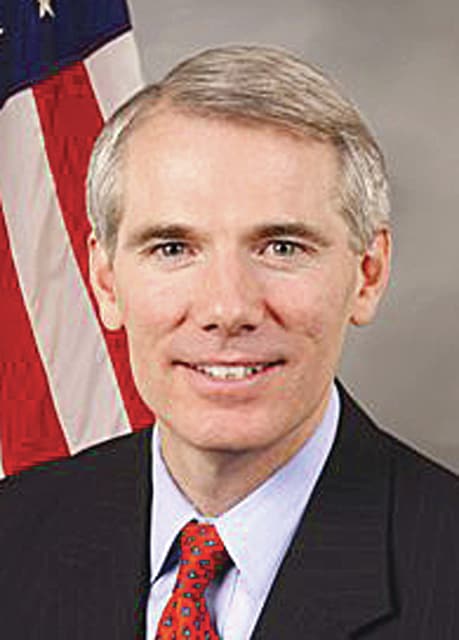 The Senate is currently debating the many facets to the Every Child Achieves Act, which is a reform of the No Child Left Behind Act. With lawmaking that will change education from coast-to-coast, many politicians are offering their own opinions and footnotes into the bill.

Many of these amendments are from Ohio, from politicians like Senator Rob Portman, who has offered a few amendments, most recently being one to benefit staff and teachers and their training and educational needs and ensuring over $30 million in funding isn’t cut.

Both of his current amendments to the Every Child Achieves Act were co-authored and crossed the party line, making them a bipartisan agreement.

The amendment in question now involves the Elementary and Secondary Education Reauthorization bill. According to Portman, the bill would dramatically reduce the federal funds allocated to 14 states for teacher and principal professional development.

The amendment corrects the formula used to distribute funding for professional development, known as Title II-A, to ensure states receive the investment they need. Without the Portman-Gillibrand amendment, 18 states will see a cut to their Title II-A funding.

The problem arises because the Every Child Achieves Act changes how Title II-A funds are divided among states. Instead of increasing the total funding available for professional development, the bill holds funding levels and uses the new formula to boost appropriations to some states at the expense of others.

Ohio is estimated to lose more than $30 million over the next seven years and an additional $8.6 million each year thereafter, which is 10 percent of Ohio’s total Title II-A funds.

Cutting funding that goes directly towards further training of teachers would be backpedaling, seeing as Ohio has invested a lot time and money to grow on teacher qualifications. More qualified teachers provide the opportunity to expand programs like College Credit Plus, which allows high school students to earn college credit through their high school classes.

“High-quality teachers and school administrators play a central role in helping our students prepare for the future,” Portman said. “This amendment will help ensure that Ohio is not unfairly targeted and will preserve the resources critical to enhancing professional development – funds that will improve Ohio schools and invest in students’ success.”

Kirsten Gillibrand, a Democrat of New York, co-authored the amendment with Portman.

“Our children will not achieve if our teachers and principals are not given the opportunity to grow,” Gillibrand said. “The new funding proposal penalizes my state and others like it at a time when we have the opportunity to invest in our schools. We have to correct this formula to prevent the harm to New York and other states that will lose the resources they rely on.”

The Portman-Gillibrand amendment maintains the Hold Harmless provision that exists in the current law to prevent cuts. If the overall amount of Title II-A funding increases, states that currently receive less funding would see a greater percentage of that increase.

Portsmouth City School District Superintendent Scott Dutey said he stands behind the bill, because his district stands a lot to lose if not.

“These federal dollars are budgeted through the CCIP and under Title II-A, this decrease in funding could impact Portsmouth City Schools by more than $100,000,” Dutey said. “It is with high hopes that the Portman/Gilliland amendment is successful.”

Dutey explained that the $100,000 cut would affect different aspects of the operation of the school.

“Any loss of funds adversely affects both students and teachers because districts are forced to make decisions with dollars that have been earmarked for other educational purposes,” Dutey said. “It’s never a good thing and always has negative consequences.”