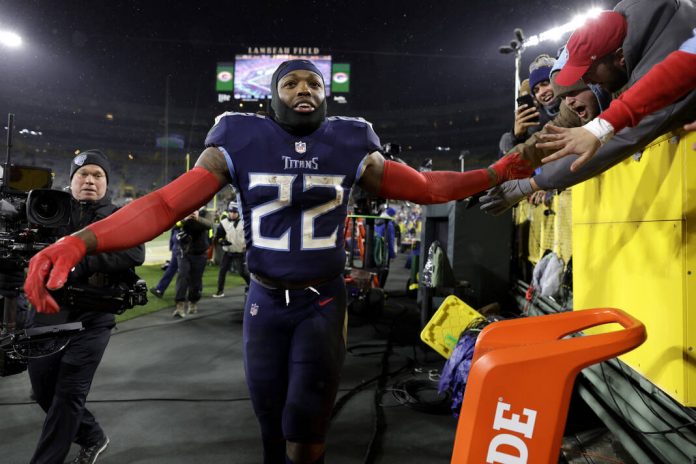 NASHVILLE, Tenn. (AP) — Revenge is not on the menu, at least not for the Titans — even with Cincinnati visiting Music City for the first time since the Bengals ended Tennessee’s run as the AFC’s No. 1 seed last January.

Oh, Tennessee fans might revel in the opportunity for a little payback for the Super Bowl berth they wanted so badly.

With so much roster changeover, these Titans insist this season’s playoff chase has their attention Sunday — and not their divisional loss.

“More than half of our team did not even play in that game,” Titans coach Mike Vrabel said of a roster that has played 25 different players on defense alone this season.

These teams have more in common than that playoff game with both starting this season 0-2 before rebounding.

Tennessee (7-3) has won seven of eight, including a 27-17 win at Green Bay on Nov. 17, giving the banged-up Titans a much-needed long weekend off.

Cincinnati (6-4) has won four of five, including a 37-30 win at Pittsburgh last weekend for the defending AFC North champs’ first division win this season.

The Titans sit atop the AFC South with a nice lead, chasing their third straight division title.

They rallied with Derrick Henry leading the NFL in rushing again, and a defense that has been among the league’s stingiest since being blown out in Week 2 in Buffalo.

Tennessee is giving up just 15.4 points a game since that loss, and the Titans are giving up a league-low 60.4 yards rushing per game in that span.

Cincinnati and Joe Burrow have been among the NFL’s best scoring offenses in the same period, tied for third in scoring at 28.5 points a game.

Cincinnati entered Week 12 seventh in the AFC, and six of the Bengals’ seven remaining opponents currently would be in the playoffs.

“All these games matter,” Burrow said. “They’re going to matter in the standings down the road, and so we have to go out and play our best ball at the right time.”

Tannehill talked in May about needing therapy to help him with the “deep scar” of that game.

Tannehill is coming off his best game this season, throwing for 333 yards and two touchdowns.

When these teams last met, Cincinnati held Henry to 62 yards rushing and one touchdown run.

The two-time NFL rushing champ had just been activated after missing the final nine games of the regular season with a broken right foot.

He had 132 yards from scrimmage last week, throwing the third TD pass of his career, and taking a screen pass 42 yards.

“We know last year we got him when he was coming off an injury, and so that’ll be a little bit different from what we see from him this week,” Cincinnati coach Zac Taylor said.

Bengals wide receiver Ja’Marr Chase could be back as soon as Sunday after returning to practice on Wednesday, even though he was limited.

Chase first hurt his hip on Oct. 16, and has missed three straight games thanks to Cincinnati’s bye.

The reigning AP NFL Offensive Rookie of the Year has 47 catches for 605 yards and six touchdowns this season.

The Bengals went 2-1 without Chase.

Taylor said the receiver is day to day.

“I know as soon as he’s ready to go he’ll be back ready to play and keep making plays,” Burrow said.

The Titans set a franchise record and tied the NFL postseason mark with nine sacks in that divisional loss.

But Vrabel immediately pointed out the biggest issue after the loss: His Titans didn’t strip Burrow of the ball even once as the Bengals won the turnover battle with three interceptions to Tennessee’s one.

“We keep bringing up last year,” said 2021 Pro Bowl defensive tackle Jeffery Simmons, who had three sacks in that divisional loss. “We didn’t have not one strip-sack with nine sacks, so we could get to the quarterback. Let’s try to get the ball off the quarterback as well.”

Tennessee will be without defensive lineman Denico Autry, this season’s sack leader with seven.

But outside linebacker Bud Dupree may be back after missing the previous game — and three overall with an injured hip.

Safety Amani Hooker also may be back after missing two games with an injured left shoulder.

Without Chase, Burrow made sure to get the rest of the Cincinnati offense in the mix.

Running back Joe Mixon rushed for 153 yards and scored five total touchdowns in a 42-21 rout of Carolina.

But he left last week’s game with a concussion, and will have to clear the protocol to play in Tennessee.

Burrow wound up completing passes to seven different receivers, while throwing for 355 yards and four TDs.