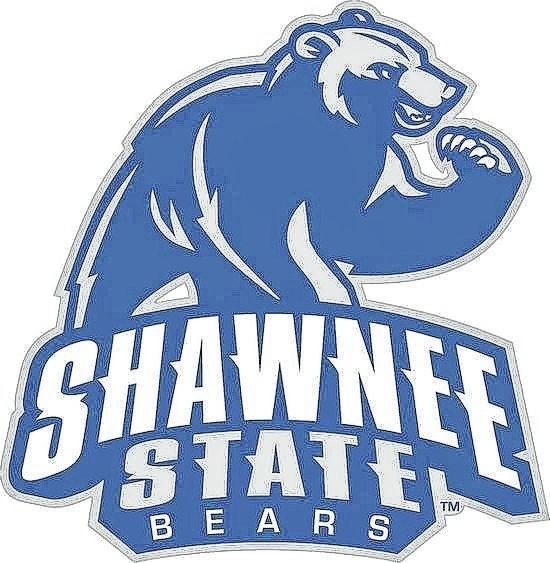 PORTSMOUTH, Ohio – The Shawnee State volleyball program got 17 digs from Madison Smith and a dozen assists from Bonnie Huesing, but the Bears’ best efforts were not enough to stop the Georgetown offensive attack as the No. 15-ranked Tigers took all three sets in Wednesday evening’s Mid-South Conference match at Frank & Janis Waller Gymnasium.

On the evening, Shawnee State (11-10, 3-8 Mid-South) struggled to get much going from an attack standpoint as the Bears were held to an – .011 attack percentage as a team in contrast to Georgetown (18-3, 9-1 Mid-South), who obtained a .229 attack percentage in the bout.

Shawnee State started out strong as the Bears were neck-and-neck with the Tigers through the opening 10 volleys as two kills by Lauren Helbig and Brianna Wiget put Shawnee State in a 5-5 deadlock with Georgetown to start.

The Tigers, however, proceeded to go on a major push as Georgetown used kills from six different players to go on a 14-6 run and take a 20-11 advantage late in the first set.

Shawnee State would have a chance at making a late run at things by closing the gap to seven points behind a Miranda Clark spike, but three errors by the Bears would erase any chance that Shawnee State had in making up the nine-point deficit in the first set.

In the second set, the Bears again got off to a quick start as another early kill by Helbig kick started a 4-2 swing in Shawnee State’s favor to start the second frame.

Georgetown, however, would again take control as the Tigers used three kills by Lauren Schneidtmiller to score six straight points.

The Bears kept digging, and behind three kills from Helbig, as well as a kill apiece from Clark and Christina Shelton, cut the deficit down to a single point on two separate occasions – 15-14 and 18-17 – in the second tilt.

Attack errors, however, would again kill Shawnee State’s momentum, as late in the second set, the Bears would commit another trio of errors to let Georgetown off the hook in allowing the Tigers to go on an 8-4 tilt to close the second frame out.

Shawnee State would recover quickly from the defeat once again and jump out to another early lead in the third set as the Bears took a 5-1 advantage off of five Georgetown errors.

After the Tigers erased the deficit completely, Shawnee State would go on another small spurt as the Bears used another Clark spike to take a 9-6 advantage before Georgetown took the lead back with its own 4-0 run in taking a 10-9 edge.

Shawnee State didn’t allow the Tigers to have the lead for long, however, as the Bears utilized kills from Clark, Huesing, and Shelton to push SSU on a 7-1 spurt as Shawnee State took a 16-11 lead.

A service error by the Tigers and another kill by Shelton only helped the Bears’ odds at sending the contest to a fourth set as Shawnee State sat just seven points away from a fourth set in maintaining a four-point lead.

Unfortunately for the Bears, Georgetown’s offensive attack saved its best streak for last, as the Tigers answered Shawnee State’s strong start to the third set with 11 straight points – including four kills from Schneidtmiller – to turn a four-point deficit into a 25-18 set victory, while obtaining the match victory in the process.

Offensively, the Bears were led by Helbig and Clark, who obtained six and five kills for the match, respectively, while Smith’s 17 digs and Huesing’s 12 assists would pace Shawnee State in both categories.

The Bears will return to action on Friday as Shawnee State will hit the road to play another Mid-South Conference foe in St. Catharine, which will commence at 7 p.m.