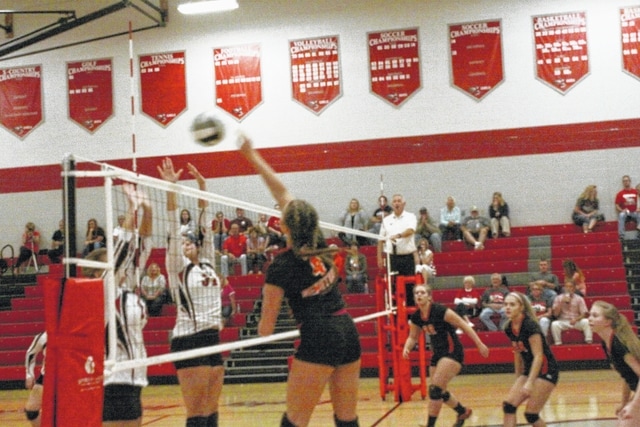 “We started out making a few errors but this isn’t a team you can make errors against and for the most part, we minimized the errors tonight and we finished strong,” Senators head coach Brittany Sessor said.

“I always tell my team that they have to force the other team to score,” Sessor said. “We cannot give away point on penalities, or us hitting the ball in the net, or hitting it out; we need to force them to make the errors. We don’t want to make the errors for them and we did a good job of that tonight.”

Despite struggling throughout the night, Abby Grasso and Zoey Doll had good performances for Minford (6-12, 2-9). Grasso had five kills and Doll recorded five assists.

“It’s kind of typically for our season so far,” Falcons head coach Rachael Coriell said. “We’re having a hard time finding the right lineup. It seems if we make a mistake, we’re having problems coming back from that mistake. We have a large group of juniors who are getting experience, but we just aren’t transitioning to where we should be at the end of the year.

“We do play some freshman and same them thing with them, they are making freshman mistakes. We’re just not being very consistent right now.”

The Falcons are still looking for the right combination on a nightly basis.

“We have yet to have six kids step up and play well together,” Coriell said. “We’ve mixed and matched our lineup all season.”