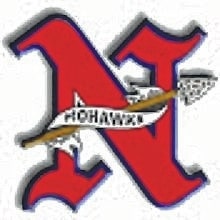 It’s been nearly two years and several bus rides, but the Northwest Mohawks are finally primed to play a home game for the first time since October 25th, 2013.

“The kids are really excited not having to get on a bus for the first time in two years,” Mohawks head coach Brooks Fry said. “We’re looking forward to being at home Friday night. We should have a nice crowd and we are looking forward to playing in front of our home crowd. Hopefully it’ll give us a little more energy.”

Last week, Northwest (1-1) was one of the many teams impacted by the lighting storm that hit southeastern Ohio. However, the Mohawks situation was a little different. Instead of returning to the field Saturday night, they played in the afternoon.

Although the circumstances were far from ideal, Fry blamed himself for the loss rather than the situation.

“The problem with us on Saturday is we were really predictable,” Fry said. “That’s on me. I didn’t coach very well on Saturday.”

Fry admitted the offense has to be able to throw on early downs when defenses are loading the box to stop the run. If the Mohawks are able to pass more on first down, that would help the offense become more balanced, which is something Fry wants to see, especially against Chillicothe Huntington.

The Huntsmen beat the Mohawks 32-0 last year, and Fry is expecting to see more of that same physical defense.

“We really couldn’t do anything with it,” Fry said. “We really struggled up there last year. We are going to have to try to get the edge a little bit. Spread it out a little bit and be able to throw it some.”

The Mohawks are going to rely more on the arm of sophomore quarterback Garrett Rowe, who threw a touchdown pass against Rock Hill. Along with Rowe, Trevan Bazler and Austin Jenkins figure to have prominent roles in the game plan.

“We’ve got to try to get those guys in space a little bit more, get the ball in favorable positions for them, and try to stretch Huntington both horizontally and vertically,” Fry said.

Michael Lajoye, who injured his Achilles last week, is out for the game and is listed as week-to-week.

For Northwest to pull out a win, Fry said his team has to be physical and control the line of scrimmage. Also, the Mohawks must be able lineup properly as the Huntsmen figure to run a spread-style offense.