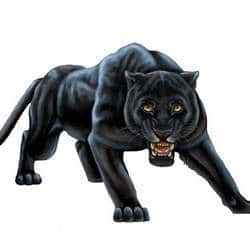 In the first two SOC I golf matches, the South Webster Jeeps put a major dent into Clay’s hope for a 14th conference title in 15 years. On Tuesday afternoon, the Panthers made their move.

Clay dominated the third conference match of the season on Tuesday afternoon at Big Beaver Golf Course, shooting a combined score of 196. The Panthers finished 27 strokes ahead of South Webster, leaving them just four shots behind the Jeeps with two conference matches remaining.

The Panthers were led by Wyatt Large, who shot a nine-hole score of 44. All four Clay golfers shot at least a 52 or below.

Clay moved into a tie for second play with Eastern, who finished with a team score of 202. Both the Panthers and the Eagles have a combined score of 618 through three conference matches.

Eastern was led by Quentin Alley, who shot a a nine-hole score of 43. He shared match medalist honors with Western’s Elias Montgomery, who also shot a 43. Tuesday marked Montgomery’s third medalist title in as many SOC I matches.

Though Montgomery remains comfortably in first place in the race for SOC I Player of the Year, Large’s big day moved him into second place with a combined score 134. He remains one shot ahead of Eastern’s Cole Haislop.

The next SOC I match will take place next Wednesday at Shawnee Golf Course.