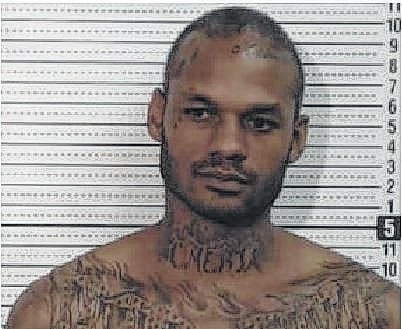 Ross County authorities have made it official – Jason McCrary has been indicted for murder. Ross County Prosecuting Attorney Matthew S. Schmidt said Friday a grand jury has issued an indictment on 37-year-old Jason A. McCrary for the death of Timberly D. Claytor.

The indictment was issued for murder and further states that McCrary possessed a firearm in the commission of the murder and that McCrary is a repeat violent offender having been previously convicted of aggravated robbery.

Authorities had referred to McCrary in June as a “person of interest” in Claytor’s death and at the time tied it in with the disappearance of three other women including Tiffany Sayre, whose body has since been found, Charlotte Trego and Wanda Lemons.

At first it appeared there could be a connection to the disappearances of two Scioto County women, but after Portsmouth Police Chief Robert Ware traveled to Chillicothe and met with officials there, he reported that at this time there appears to be no connection.

Earlier in the week, the Charleston Gazette-Mail carried a story that Charleston, West Virginia, police believed a man killed on the West Side Saturday may have been connected to the deaths of several women in southern Ohio.

Police said on Saturday a Charleston woman shot and killed a man she met on Backpage.com, a site often used to find escorts, after he attacked her. The woman, who was not charged in the death, allegedly used the man’s own gun to kill him after he beat and strangled her.

However, Ross County authorities told the Daily Times there is no relationship to the cases in their county.

McCrary, a registered sex offender was originally arrested for failure to update his address information, but on Friday, he was charged with Claytor’s murder.