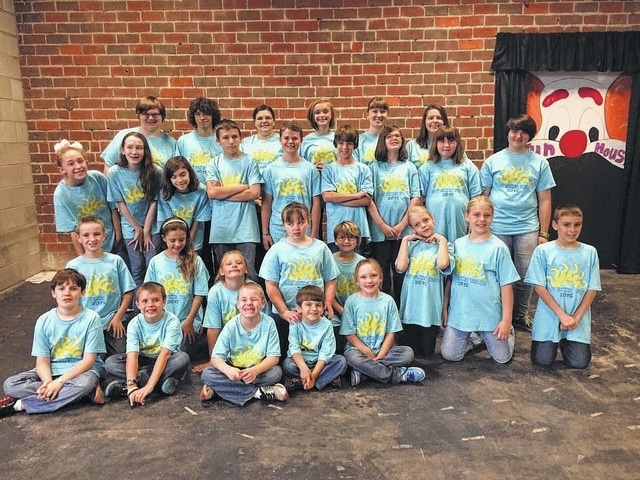 The Portsmouth Area Children’s Theatre (PACT) stepped out of the realm of major Disney musicals to produce an impactful play to end their summer camp that left the audience in tears and the students feeling empowered with a heavy voice.

Summer can be a hard time on the troupe, with many families traveling for vacation, students leaving for summer camps, and all that jazz. The theatre combated these issues years ago by scaling down the summer shows and the directors have finally found their footing in an educational theatre camp niche that teaches children the basics of theatre, vocal music, dancing, acting, and more. The camp is wrapped up each year with a performance of a smaller show.

This year’s performance was split into two parts, selections from a musical that were fun and energetic, followed by a short play, entitled “Funhouse” by Lindsay Price.

According to the play’s synopsis, “This play looks at the bullied, the bully, and the bystander through mostly non-verbal vignettes. Life for the bullied is like a funhouse, but the funhouse is anything but fun. How can you stand your ground when you’re on a falling floor? How can you move forward when you’re caught like a mouse in a maze? How can you win Whac-A-Mole when you’re the mole? How can you like yourself while standing in a distorted hall of mirrors? There are no cotton candy answers here.”

Portsmouth Area Arts Council Executive Director Becky Lovins said she loved the project and was glad the students were able to experience it.

“Bullying is a very relative topic to all students.” Lovins said. “What is funny to some is hurtful to others and people are sometimes cruel, kids especially, to others without even realizing the impact it is having on the person. I think the show was very therapeutic for the kids, because they’ve seen most of what they acted out in real life.”

Lovins said she was a little nervous about the selection, seeing as the troupe is known for more positive and campy shows, but she believes it went over very well and showed the flexibility of the volunteers and students.

PACT’s Artistic Director Susan Foster agreed with Lovins that it was definitely a different type of camp, where kids spent a lot of time talking about the subject material in a circle, sharing stories, and discussing the emotions of everyone involved in bullying.

“It was a very intense two weeks and the kids did a fabulous job with the play in the end of conveying the message,” Foster said. “We had a lot of parents crying because they knew their child had experienced bullying or simply never want their child to. I knew it would touch a lot of people, but we didn’t do it for the parents or audience members; this play was all about the kids.”

Foster said that the entire experience was new to the students and she feels like they got a lot out of it. A portion of the students even spent time conversing with the playwright of the show and learned a lot more about the text that way.

Also, since the show was limited in dialogue, most of the students worked out their vignettes without speaking, but using body language to convey emotion instead.

“Susan went through a heavy curriculum with this play, where she discussed the words they were using, the actions they were making and the results of it all,” Lovins said. “Telling a story without words was an entirely different method than the kids were used to, which I think was very educational for them.”