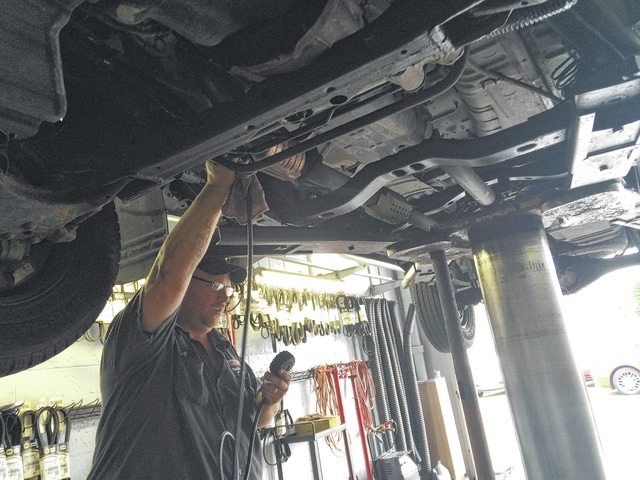 If there is one thing that can be said about Dean Knittel & Sons Auto Repair, located at 1201 Franklin Ave., in Portsmouth — they stay busy.

J.D. Knittel said on Wednesday they were scheduled to work on 43 cars, which he said is the case on a nearly day-to-day basis.

“We don’t know if we will get that many (43) done, but when we get one car done they tow in three more,” Knittel said. “We have some (people waiting to get their car fixed) are on a call list, because they are still able to drive their car. We will call them when we can get it in here.”

Knittel said the have eight mechanics that work at the business and they stay busy.

Knittel said they are able to provide a number of repairs to your vehicle, everything from changing the oil in your car, truck or SUV to any kind of electrical or computer work.

“We do air conditioning, heating, radiator, engine changes and we do a lot of computer work. I don’t know how many other places are doing computer work. My computer guy’s got 29 cars waiting on him right now.”

He said the same level of activities rings true for every part of the business.

“We do a lot of brake work. We can also do tune-ups and all of your general maintenance and some of the heavy duty stuff event,” Knittel said.

Knittel said he is the third generation of his family to work at the business.

Knittel said over the year they have been able to build a consumer base that returns, when they need something else fix or worked on. Knittel believes people keep coming back because of the service.

Knittel said it’s a philosophy of the business to take care of the consumer first.