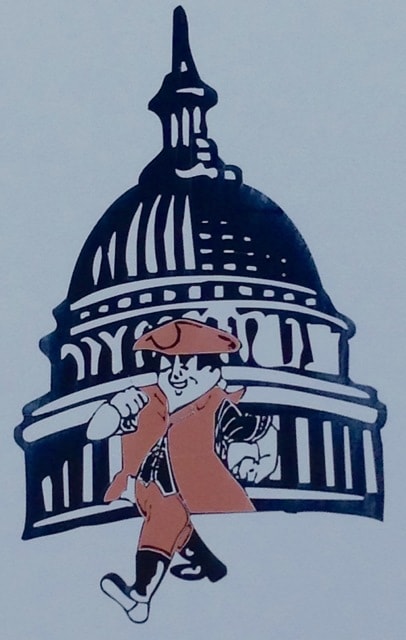 The West Portsmouth “Big League” baseball team couldn’t come up with the win it needed to extend its season on Wednesday, as they fell to Fairland 4-3 at West High School. The loss clinched a two-game sweep in the best-of-three District Championship, and secured Fairland a spot in the Big League State Tournament this weekend.

On Monday, Fairland took control with the series with a 4-0 home win. South Webster’s Bradley Gee threw a gutsy complete game for West Portsmouth, throwing 96 pitches and striking out eight batters. However, a late-inning, two-out collision in the West outfield led to two Fairland runs, and the home team followed with a two-run blast to put the game out of reach.

“We were right in that game…we couldn’t get any runs,” said TG Russell, one of four coaches for the West Portsmouth squad.

Fairland and West Portsmouth began play in the series’ second game on Tuesday, as each team notched a run in the first inning before thunderstorms forced a postponement before the second inning.

As the heavy rains continued through the day on Wednesday, pressure began to mount on both teams. With the Big League State Tournament scheduled to begin Friday evening, time was running out to crown a champion. After hours of pumping away puddles, laying quickdry and raking the infield, umpires finally ruled West’s field ready for play at about 6 p.m. on Wednesday, nearly a full day after the contest began.

Picking up in the second inning, Fairland wasted no time in regrabbing the lead with an RBI single. An inning later, they added another run, with a walk, an error and a single.

But the West Portsmouth squad would respond to each score. In the bottom of the second, a routine grounder put Trenton Cole in scoring position after two Fairland errors. Two batter later, Bays sent Cole home with a productive ground out. An inning later David Matney, Aaron Alley and Bradley Gee would come up with three straight base knocks to tie the score at three.

Matney, the West Portsmouth starter, ran into a bit of trouble in the fifth inning, when Fairland led off the inning with a double and promptly took the lead with an RBI single a batter later. But after Matney induced a 4-6-3 double play and Slaid Bishop finished the inning off by forcing a flyout, West Portsmouth seemed to remain in striking distance.

The West squad then seemed poised to break the game wide open in the bottom of the frame by putting its first three batters on base. Cody Wiltshire led off with a single, Matney reached safely on a bunt single and Aaron Alley was plunked, loaded the bases with no out.

That brought up Gee, who had reached base in both his at-bats on the night. And though he laid down a solid bunt in front of the plate, Fairland was able to throw home to force out Wiltshire.

Russell said that the West Portsmouth coaching staff originally called for a suicide squeeze, but tried to call the play off.

“We turned it off because we were afraid that they were going to pitch out, and Gee had been seeing the ball really well. We just missed a sign,” he said.

Fairland pitching bounced back with two straight strikeouts to end the threat. It proved to be West’s final chance, as heavy rains and growing darkness forced umpires to call the game in the middle of the sixth inning.

Two wins over Fairland would have given this West Portsmouth team its second District Championship in as many years. Last season, West won the District 11 “Senior League” (14-16 year olds) championship and advanced to the state tournament. Because a few members of the West squad turned 16 this year, the team was moved to the “Big League” — the oldest age division in Little League Baseball.

“(We’ve) had these kids for four years…we had a good run,” he said.