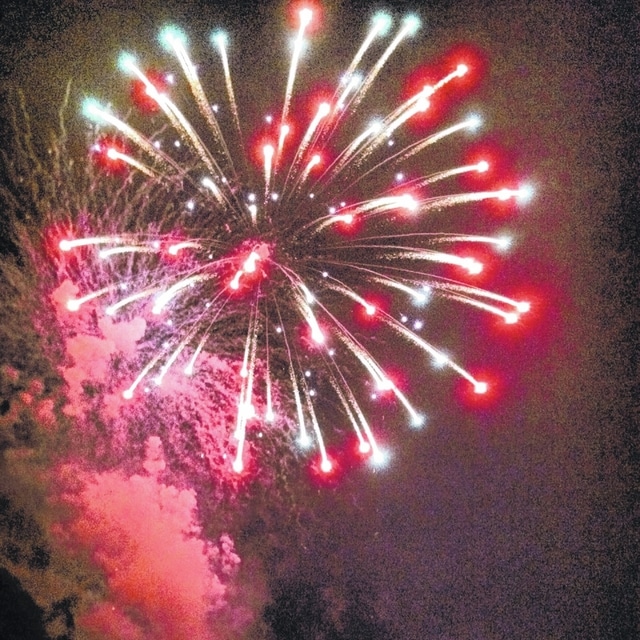 Citing current conditions of the launch site, officials with the Portsmouth Civic Forum have delayed the annual July 4 Fireworks show until possibly July 11.

Under Ohio law it’s illegal to set fireworks off in the state. The only legal fireworks are snaps, novelties, smokes and sparklers. This is why Civic Forum launches the annual display in Kentucky.

He said the decision to postpone the display was made on conditions of the launch site and some rough conditions on the Ohio side, where people typically watch the display.

“On the Ohio side (in Portsmouth), the access road to the stage is under water and there’s brush in there, that can’t be reached to be cut,” Arms said. “The city (of Portsmouth) has helped to get bleachers in place and the grass has been cut, it looks like a golf course.”

He said everything is nice and clean on the Ohio side of the river, but the river level is higher than normal.

“We’ve can’t get any equipment to the stage, so as of this weekend it is canceled,” Arms said. “We’re going to take a look at next Saturday (July 11) and week where we’re at there.”

Arms was not optimistic about the possibility of having the display next weekend.

“With two feet of mud over there, it’s going to take quite a while for that to dry out. It’s got me worried right now,” Arms said.

He said information will be released prior to next weekend if the display would occur. If it does happen, he said it will be at 10 p.m.

Other area activities scheduled for the fourth include, a parade in the city of South Shore, Ky., starting at noon on July 4.

“The parade itself starts at noon and it lines up at 10:30 a.m. along East First Ave., in South Shore,” said Brooke Haywood, parade organizer. “The parade goes through South Shore and ends at the American Legion Post 276.”