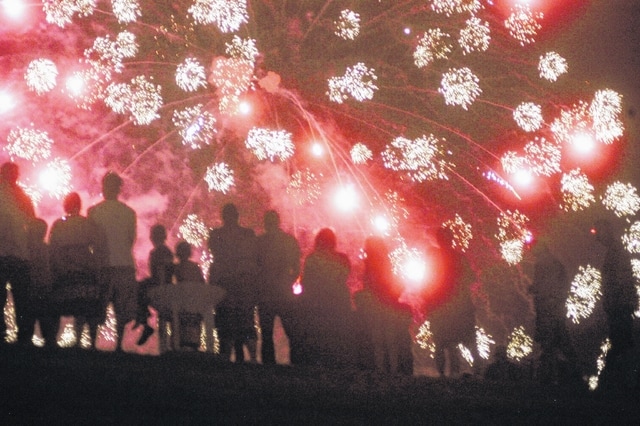 The annual July 4th holiday is traditionally a time for food, fun, family and fireworks. This year is no different with several community events planned.

A parade in the city of South Shore Kentucky starts at noon on July 4.

“The parade itself starts at noon and it lines up at 10:30 a.m. along East First Avenue, in South Shore,” said Brooke Haywood, parade organizer. “The parade goes through South Shore and ends at the American Legion Post 276.”

“He has been a member of the American Legion Post 276 Honor Guard for a very long time,” Haywood said. “This has become a tradition in the city and it’s something everyone looks forward to.”

“Everyone lines the streets of South Shore to watch as the parade does by,” Haywood said.

Haywood said there are a number of activities at American Legion Post 276 following the parade, designed for the family.

“This is just a fun day for the whole community,” Haywood said.

The Civic Forum is planning on having its annual fireworks display on the banks of the Ohio River on Saturday, July 4, starting with music at 7 p.m. Typically the event typically brings as many as 10,000 people to the river banks to watch the event. Officials with the Civic Forum say they are still working on securing a band to play the event and should know something in the coming days.

“They (fireworks) are scheduled for the 4th, unless it rains, and then it will be on the 5th,” said Gene Arms, longtime members of the Civic Forum.

Arms started working with the annual fireworks display in 1950.

“I’ve done the 4th of July program myself for the last 20 years and six years before that I had a co-chairman,” Arms said.

Over the years, the Civic Forum has had to cancel the event due to rain. Current forecast models do indicate rain on Saturday. He said the display is free and is made possible through a number of community sponsors.

Arms said the annual display has become quite the tradition for the people of the community to watch.