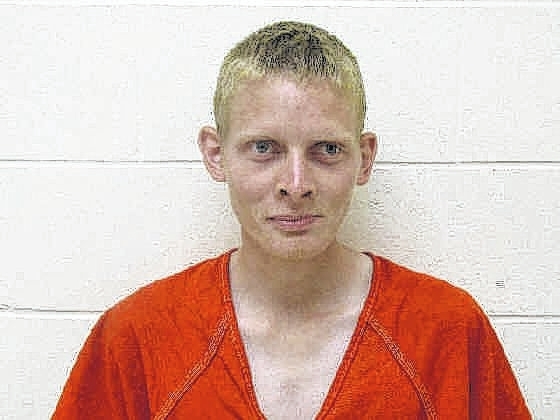 Scioto County Sheriff Marty V. Donini said his office received a call to respond to a residence on Piketon Road in Lucasville on June 14. He said the caller advised that a fight had taken place involving a large knife.

Deputies responded to the location to take a report and when they arrived they said they found the suspect had fled into a wooded area with the knife. Deputies received information that the 12-year-old male victim had been sexually assaulted several times in the past by the suspect. The victim was taken to Southern Ohio Medical Center, where he was treated and released.

Donini said a detective responded to start an investigation which resulted in the victim being interviewed and evidence being collected. During the investigation Donini said information was received that on that date the suspect was attempting to sexually assault the victim using force, the victim was able to fight back, get free and run away as the suspect chased him with a knife. Deputies searched the wooded area and were unable to locate the suspect at the time.

Donini said during the investigation detectives learned that the suspect jumped on to a train in the Minford area and rode on it until it made a stop in the Port Clinton, Ohio, area. That is when he reportedly jumped off the train and was on foot walking in that area.

Detectives received a call on June 20 from Port Clinton advising that an officer was out with the suspect which resulted in the suspect being arrested on a domestic violence warrant. The suspect, Faulkner, was held in the Ottawa County jail and transported back to Scioto County on Monday.

Faulkner appeared in Portsmouth Municipal Court Tuesday and his bond was set at $100,000 with a court date of this Thursday. Donini said the investigation is ongoing and that it will result in more charges being presented to the Scioto County grand jury on a later date.

He said anyone with any information concerning the case is being requested to contact Detective Jodi Conkel at 740-351-1091. All calls will remain anonymous.