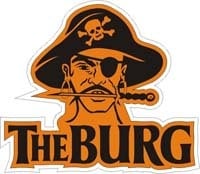 After leading the Raiders to the NCAA Regional Tournament, Elliott was drafted by the Baltimore Orioles in the 30th round of the MLB draft on June 10. Estep and the Wheelersburg staff had the opportunity to congratulate Elliott over the weekend before he reported to the Orioles’ rookie camp in Sarasota, Fl. on Sunday.