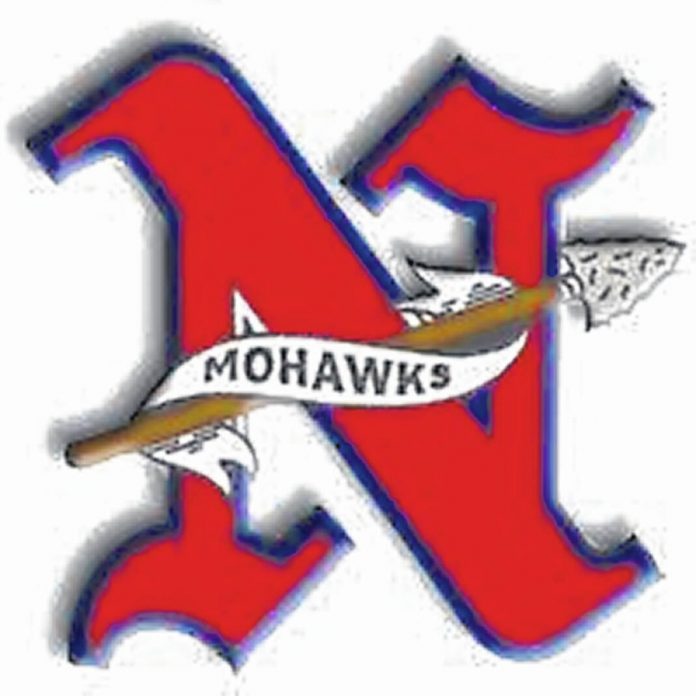 The 6-foot-2 point guard made his return to the hardwood against the Titans after missing Tuesday’s season-opening 56-26 win over Clay — and his impact was felt immediately.

Lintz led all scorers with a game-high 27 points on nine field goals and 7-of-10 shooting at the free-throw line, helping Northwest improve to 2-0 ahead of the start of Southern Ohio Conference Division II play.

“We’ve had a lot of guys sick. Connor’s been out a whole week, but he came in the gym and shot a little bit yesterday,” Northwest coach Rick Scarberry said, after the game. “To come in and drop 27 after missing a week says a lot about him.”

“Pick and rolls — they have a lot of guards that are quick. Getting bigs to switch onto our guards and hitting our bigs on the rolls,” Lintz said, of what was working well for Northwest offensively. “Ball movement, cuts, trying to pick up the small things so we can be sharp on offense.”

Northwest led at the end of every quarter break in the 12-point win.

An early seven points from Lintz gave the Mohawks a 13-6 lead by the 1:58 mark of the first quarter, giving his team a lead they wouldn’t relinquish.

The Mohawks won the battle on the glass, outrebounding the Titans 23-21 unofficially.

Notre Dame junior Cody Metzler was the Titans’ leading scorer, posting 13 points on five made field goals and a pair of free throws.

“I thought our defense was solid and we hang our hat on that,” Scarberry said. “We’ve got to be tough on defense, especially the league we play in — it’s not easy. We got tired a little bit because they’re big and strong, they’ve got quick guards who can put it on the floor and shooters who can knock it down if you leave them open.”

“Last year we were a big defensive team, holding teams that were averaging 60 points a game to 30 and 40 points. Coach (Scarberry) preaches defense to us,” Lintz said. “We did a pretty good job rebounding, some plays where (Carter) Campbell collided in there for rebounds. All in all we did a good job containing him and (Dominic) Sparks. Pretty solid defensive performance.”

When Notre Dame attempted a run in the second half, Northwest responded.

Baer finished with five points, while junior Tanner Bolin scored 11 on four made field goals and a pair of free throws.

It’ll be the Indians season opener after being a main contender in the league race a season ago.

Notre Dame travels to Clay on Tuesday in its SOC I opener.

“They’re (Valley) very good; starts league play for us. We take it one a time, we’re going to focus on that and have our hands full,” Scarberry said.