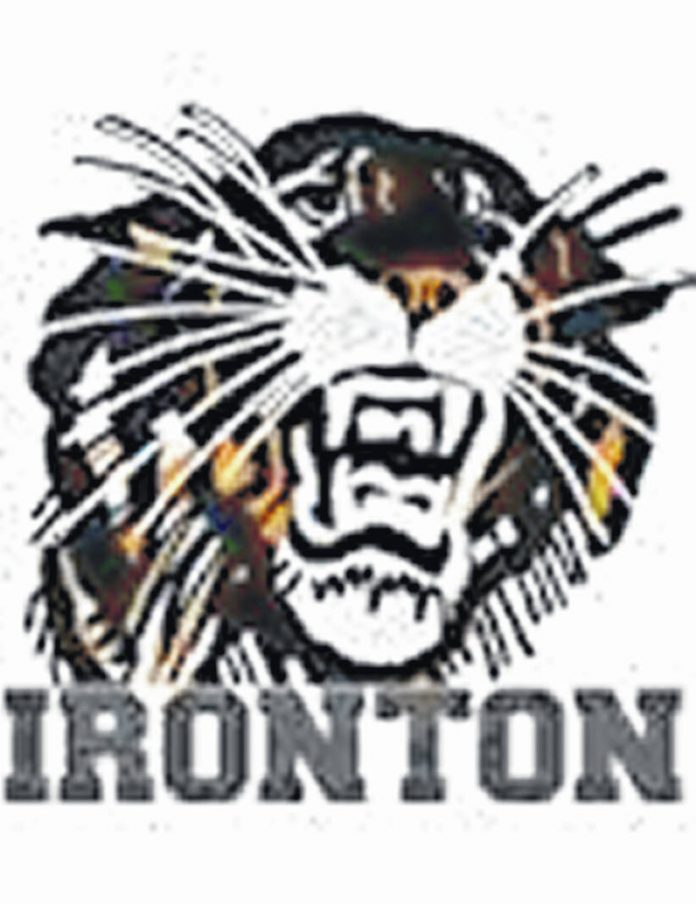 IRONTON — For Trevon Pendleton and his fifth-year Ironton Fighting Tigers coaching staff —and for Tayden Carpenter and Lincoln Barnes — the question is quite simple, ahead of Friday’s Division V state championship football game.

Is Ironton’s third time —in four years —finally, even at long last, the charm?

That’s because the undefeated Fighting Tigers are playing in their third Division V state final in four years — all three inside the border of Stark County.

Only this time, it’s Ironton not facing powerhouse Kirtland, but instead the team which often got stung by the Hornets — usually in the state playoffs and within the past decade.

That would be the also-undefeated South Range Raiders, making their first-ever appearance in the football finals —compared to Ironton’s 11th all-time.

As both clubs are a perfect 15-0, Ironton aims to extend its all-time wins record for a single season —and making a 16th victory ever so sweet, with a third state championship in program history.

That’s correct, breakfast on silver platters in a Canton hotel can go well with a gold state championship trophy.

Kickoff for the Division V state title tilt is set for bright and early at 10:30 a.m. —and inside spectacular Tom Benson Hall of Fame Stadium in Canton.

The game, the second of seven for the annual Ohio High School Athletic Association state championship weekend, will be televised on Spectrum.

With a win, Ironton would become the first Southeast District team to win a state football championship in five years, when Wheelersburg won its second state title — the other being the Pirates’ 1989 championship, as Ironton also won a state title that year.

For Pendleton, the former West standout and later on assistant coach, he has known since the spring how special a season that this could’ve been —and has in fact turned out.

Ironton’s 38 state playoff appearances are tied with Cincinnati Moeller for second-most all-time in Ohio, trailing only by one to Newark Catholic.

“We’ve overcame adversity, battled through some injuries, battled through some games where we didn’t play our best football. But these kids came out on the other end every single time. We’re a battle-tested group, we’ve played in a lot of high-level and high-pressure games, this is a great group of kids to coach, and they truly embody the Fighting Tiger mentality,” said Pendleton, during Tuesday’s teleconference of the state championship head coaches.

Only last week in the Division V state semifinals were they truly tested in the playoffs —when the Tigers overcame a 21-7 second-quarter deficit, and outscored underdog Valley View 28-0 over the final 29 minutes and nine seconds.

Ironton’s other playoff wins include three over Scioto County clubs (51-7 over Minford, 48-7 over Portsmouth, 35-7 over West) —and their 14th all-time regional championship, with a 34-0 surprising shutout of Harvest Prep.

In fact, only against Wheelersburg (12) in the season opener have the Fighting Tigers scored fewer than 29 points —and only at Jackson (26) the very next week has Ironton allowed more than 22.

“I definitely think it (schedule) helped us,” said Pendleton. “You want to be battle-tested and we talk to our kids all the time about being forced into the same fire. By beefing up your schedule, and allowing yourself to get exposed to different styles and different schemes, it prepares you for anything you are going to see in the playoffs and you’re making deep playoff runs. You’re not only seeing high-caliber teams, you’re seeing teams which are well-coached and that run a variety of different styles. The common factor is that they are all good what they do.”

While Ironton is appearing in its third state championship bout in four years, the Raiders’ 35-0 shutout over Liberty Center marked their third all-time state semifinal game.

South Range, with Dan Yeagley as the head coach for three decades now and this season’s Northeast Inland District Division V Coach of the Year, won the Region 17 championship —something it didn’t always accomplish, thanks to Kirtland being in not only the same division, but same region.

But Kirtland dropped to Division VI this year, and the Raiders have taken full advantage —amassing a 15-0 record like Ironton.

Against Liberty Center, he was 14-of-18 for 263 yards and four touchdowns passing, and added a rushing touchdown to 10 carries and 31 yards.

Pendleton praised Skripac’s play, and knows he will be a handful for the Ironton defense —led by coordinator Jerrod Pendleton, and linebackers Trevor Carter and Lincoln Barnes.

Barnes — who played in the state title bout two years back — was the Southeast District Division V Defensive Player of the Year, as the Fighting Tigers’ talented defensive backs of Landen Wilson, Ty Perkins and Amari Felder for sure will be tested.

“I think this kid (Skripac) is definitely the complete package. He can beat you with his arms and his feet. Really good decision-maker who you can tell is a multi-year starter,” said Trevon Pendleton. “He runs their offense very well, and everything seems to run through him. When you look at him on film, you see him doing a lot of good things, and it forces you to really focus on your eye control and reading your keys. He’s not only good with the ball in his hands, he is good enough of a faker that he will turn you around and they will capitalize on it. Overall, a very good quarterback.”

Pendleton pointed to different schemes in trying to slow Skripac and the Raiders down.

“You have to give him multiple looks and keep him guessing, whether it is switching up man and zone, switching up a few different fronts, bringing different pressures that we haven’t’s shown so far for this year. The word isn’t being ‘aggressive’, but our gameplan is to be very ‘active’ in giving him different looks, different fronts, and different coverages,” said the coach.

Carpenter is under center for his second state final, and has weapons around him in running backs Felder and Jaquez Keyes — and receivers Perkins, Wilson, Shaun Terry and Aiden Young.

Perkins was the Southeast District Division V Offensive Player of the Year.

“Defensively, they are similar to what we’ve done the past few years here (at Ironton). They are more zone and zone-blitz stuff than we are, but they do a lot of good things,” said Pendleton. “They don’t get out-leveraged a lot, they play off blocks well in the box, and they get multiple hits to the football. I’ve told people all week that they are similar to Jackson and Valley View in certain regards, but they are very similar to us in a lot of ways.”

As for similar comments every week, Pendleton pulled it out again in the teleconference — but credit him for believing in it and performing via it.

“We talk about it every week, but again, it’s weathering the storm and being the storm,” he said. “Forty-eight minutes of football is a long time for high school kids. There’s going to be times when things don’t go our way, and South Range is very good and is going to make plays here and there. It’s up to our kids to handle that adversity. On the flip side, when we have a chance to capitalize, we have to capitalize. When you’re playing good teams, chances to change the scoreboard or make big plays to flip momentum can be few and far between. You have to capitalize when the opportunity presents itself.”

So for Ironton, is the third time in four years finally the charm?

“We hope so, and we’re going to do everything we can to make it happen,” said Pendleton.