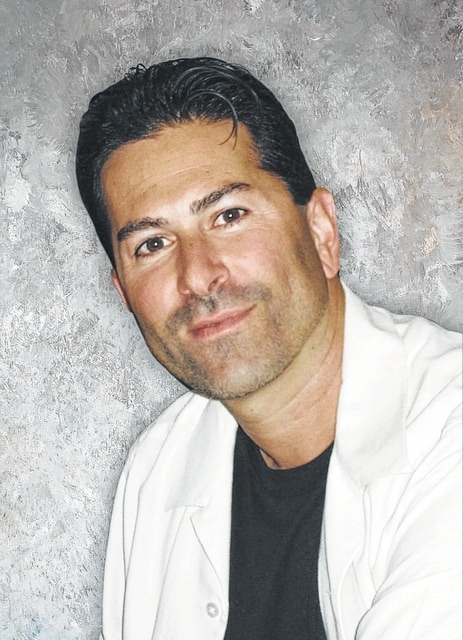 Local poet and award-winning author Neil Carpathios has recently released his fourth full-length book of poetry — his first since 2009.

Prior to this release, Carpathios has authored three full-length poetry collections: Beyond the Bones (FutureCycle Press, 2009), At the Axis of Imponderables (winner of the Quercus Review Press Book Award, 2007) and Playground of Flesh (Main Street Rag, 2006). He is also the author of three chapbooks, all of which have won national competitions, most recently The Function of Sadness (Slipstream Press, 2015). Carpathios also teaches at Shawnee State University.

Titled Confessions of a Captured Angel, the book is compilation of poems written between 2009 and 2016.

“Poetry books are different from other types of books because there are so many individual pieces that you have to fit together,” explained Carpathios. “There’s a lot of experimentation with where a poem fits in and shuffling them around until it’s perfect.”

The title stems from a series of poems featured in the book that are written from the perspective of the ‘captured angel,’ who offers his insight on things like death and boredom.

Divided into four sections, the book explores aspects of life, death and everything that falls in between. In the first section of the book, Carpathios tells of childhood experiences, the death of his father and formative experiences from when he was young.

In third section, Carpathios delves into the spiritual and the things that can’t be explained.

And the fourth section of Confessions of a Captured Angel is a reflection of these experiences and their impact on life.

“It’s about the life lessons learned in middle age,” said Carpathios. “The biggest lesson of all for me and I think you can see it come out in the poems is the heightened urgency to pay attention. To see the small things that we rush past. When you get a little bit older you start to realize that your time isn’t as long as you think it is and you start to pay attention more and appreciate things.”

Critic Charles Harper Webb writes, “The poems in Neil Carpathios’ new book, though much concerned with death, are very much alive: intelligent, tender, humorous, entertaining and even profound — sometimes all at the same time. As the best poets do, Carpathios celebrates our astonishing luck in being able, however, limited out time, to ‘behold the lipstick kiss on a glass’s rim rim,’ and ‘listen to the crickets.’”

Carpathios has plans to release another book of poetry in 2017. “It will consist of some of my earlier works that have been haunting me,” said Carpathios.

Confessions of a Captured Angel is available for purchase through major bookstores and online through Amazon.