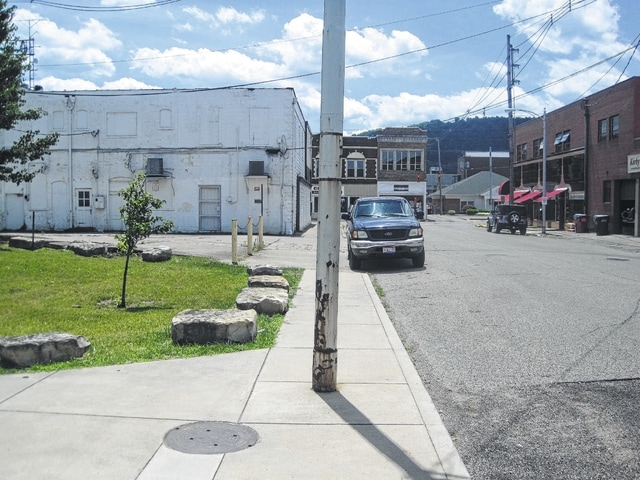 “We have a huge encroachment on city property by the city school system,” Aeh said. “If you go down Ninth Street, they have put their fences for their softball team where the sidewalk used to be. They moved the sidewalk to the curve. It’s no longer in line with the other side of Waller Street. On the south side of Ninth Street along the track, they have done the same thing. In places, two people can’t walk together.”

Aeh said if one walks down Findlay, just past Kirby’s Flowers, on the east side of the street, the same conditions exist.

She referenced a recent situation in which Portsmouth City Manager Derek K. Allen noticed that a business had encroached on city property.

“Within a month we had before (city council) a ordinance with a lease agreement for that gentleman to pay the city $500 a year for the encroachment,” Aeh said. “I agree with you that maybe it should have been more money.”

That is when she referenced the problems at the PHS athletic complex, then told council – “We did it for a businessman who pays property taxes,” Aeh said. “The schools pay no taxes at all. I have addressed this with the city manager, but he says it is not the top priority. I think it is. We have blocked citizens in wheelchairs and baby carriages, and I’d like to invite all of you to go down there and look at it.”

Aeh said there has been no ordinance passed vacating easements along Ninth Street or Findlay Street.

“It doesn’t take a survey to go down there and see what’s happened,” Aeh said. “You go down Findlay, the sidewalk is narrowed. You get up to the school’s administration building, it takes this curve, and then connects in with where the sidewalk used to be. You cross Eighth Street, and again, at the end of their track where their fence is taken up where their sidewalk was, you have a narrow sidewalk. You get to the corner and there is a utility pole.”

In walking along the area on the Findlay Street side, there is a fire hydrant in the middle of the sidewalk, but additionally appears to be an attempt to make handicap curbs on either side, but it still forces wheelchairs to go back into traffic to get around it. Near the south end of that street is a utility pole in the middle of the sidewalk and it does not appear to have room for a wheelchair to get around it on the right side, but possibly is passable on the left side if the wheelchair went up into the grassy area.

Aeh said she wanted her comments on the record because somebody is going to have to move the utility poles and fire hydrants.

The Daily Times inquired of City Manager Derek Allen if the city had signed off on the moving of the sidewalk and he responded that he had not looked into it as yet. A voice mail left for PCSD Superintendent Scott Dutey was unreturned on Tuesday or Wednesday.