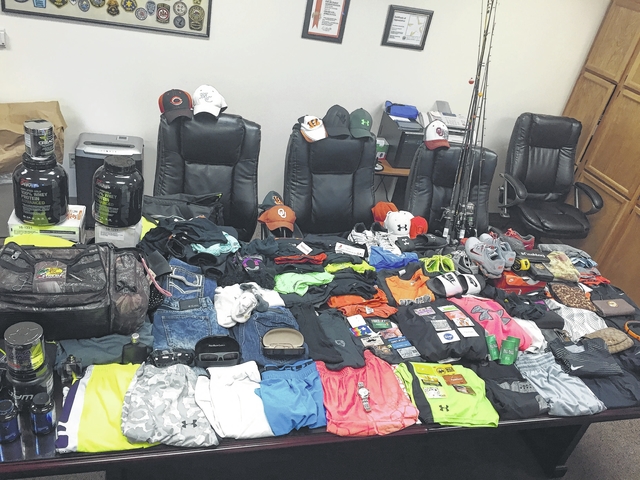 The Scioto County Sheriff’s Office has released details on the apprehension of Jeff Carver, a suspect in multiple thefts from vehicles.

Scioto County Sheriff Marty V. Donini said a deputy observed the suspect in his Ford F-150 on Carey’s Run Pond Creek Road at approximately 1:52 p.m. Wednesday. It was at that time the suspect reportedly fled the area striking a parked vehicle as he took off toward U.S. 52. Detectives, probation officers and deputies were able to get behind the suspect who led them on a several mile chase going at speeds in excess of 80 miles per hour that ended when the suspect wrecked into a tree on Upper Twin Creek Road and fled on foot into a wooded area. Captain John Murphy said after a brief foot pursuit detectives deployed their taser to apprehend the suspect without any further incident. The suspect was treated by emergency medical services before being transported to the Scioto County Jail.

Donini said his detectives have been able to recover thousands of dollars of stolen property that will be returned to the victims including purses, credit cards, jewelry, sunglasses, clothing, make-up, wallets, cell phones, electronics, work out gear, supplements, shoes, fishing poles, tackle, gift cards, hats and other assorted items.

Carver, 40 of 523 Calvert’s Lane, West Portsmouth, Ohio, was apprehended and is currently being held on a probation violation without bond.

Donini referred to the case as an ongoing investigation that will result in numerous charges being presented to the Scioto County grand jury on a later date.