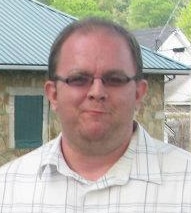 I can remember as a kid watching the first “Matrix” movie. It blew my mind with all of the action and drama. At the end of the movie I can remember thinking to myself I could not wait for the next one. The same can be said for “The Lord of the Rings” movies, “Hunger Games” and “Maze Runner” adaptations.

I was a big fan of the first “Maze Runner” movie. I can remember thinking to myself I can’t for the next one to come out. After seeing “Maze Runner: Scorch Trials,” I did not have the same thoughts. It was the weird middle movie or a movie that just sets up the movie after this one.

Now, don’t get me wrong — there was as a lot of things I liked about this movie. It started where the last one ended; I mean it seemed as if they were standing by waiting to the audience to rejoin them. There was also a sizeable amount of drama to the film including betrayal and defiance. Sprinkled throughout the movie were zombies that were trying to feed on the living, similar to the story line of “World War Z.”

If you were a fan of the first “Maze Runner” movie, I would recommend you see this one. One of the advantages to this film, is character development, Viewers are able to gain a more in-depth profile of the characters and who they might become.