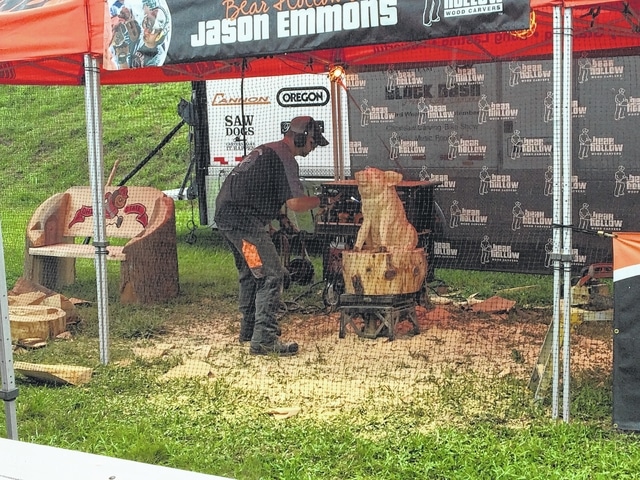 The 106th Pike County Fair is happening now, with plenty of food, entertainment and fun left in the schedule.

“The fair seems to be going really well and we had great attendance last night (Wednesday) for the Dustin Lynch concert. We’re waiting to see how the rain goes for our tractor pull tonight,” said Connie Goble, Pike County Agricultural Society treasurer.

Goble said attendance at this year’s fair has been above average.

Earlier this year a directive from the Ohio Department of Agriculture canceled all live bird exhibitions, over fears of avian flu. Goble said 4-H officials in Pike County have tried to make the best out of the situation and allowed kids with poultry projects to participate in other ways.

“Children did posters, a skill-a-thon, showmanship and a project book,” Goble said. “They were judged and scored and they were placed in that order for sale.”

The Pike County Fair will run through Saturday night. Schedule highlights include Cyclemania Bicycle Races from 9 a.m. to 1 p.m. All Animal Showmanship contest will take place at 11 a.m. in the multi-purpose building. A livestock sale will take place at 5 p.m.; sale order will go hogs, beef, goats and lambs. The grandstand entertainment for the evening will be a demolition derby at 7 p.m.

Daily admission to the Pike County Fair is $7 and includes rides. Free admissions to active military with ID, Children under the age of two are admitted free.