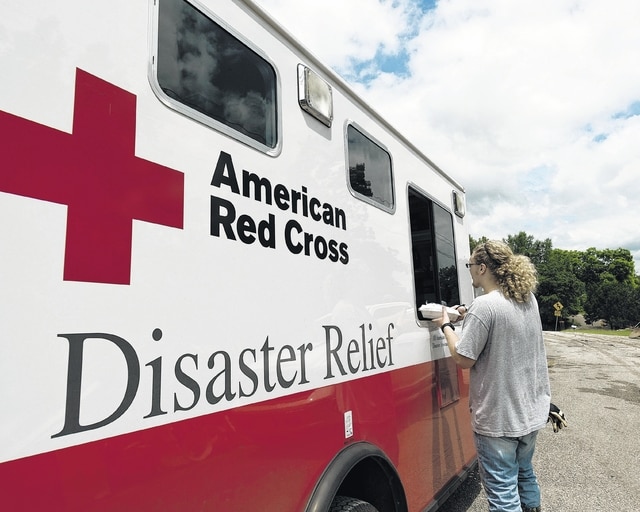 As the rain continued to fall Monday morning and afternoon, it contributed to an area that’s already seen its fair share of rain. In some regional communities shelters were opened and lives were claimed. According to Craig Opperman, Scioto county Engineer, Scioto County has received above-average rain totals so far this year.

Because of abnormal rains, the Ohio River Valley Chapter of the American Red Cross staff and volunteers has been respond to unique needs of each community.

As of late last week the local chapter of the Red Cross has helped nearly 90 families. In total, the Red Cross responded to 165 local disasters in 2014.

Leading the region in cases is Jackson County with 65 at the end of last week. Locally Lawrence County has eight cases and Adams County has four cases. There were zero cases in Scioto County. When it comes to next steps, Smith said caseworkers are beginning work with individual families, helping them to determine their immediate and long term recovery needs.

Forecast’s from the National Weather Services, indicate the next chance of rain in the area is Wednesday with a slight chance of showers and thunderstorms. It’s estimated that it’s been 20 years since the area has seen this type of rain which resulted in flooding. Current estimates indicate cost of response for the Red Cross over $100,000.