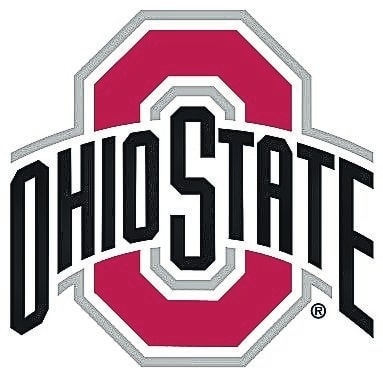 There will be something different this year about the Big Ten Football Media Days, which are Thursday and Friday in Chicago.

The defensiveness about not being able to compete with the Southeastern Conference and its powerhouse football teams will be gone.

Ohio State’s national championship, which included a national semifinal win over Alabama in SEC territory in New Orleans in the Sugar Bowl, changed the perception of the Big Ten.

The Big Ten now is seen as a rising football conference instead of one whose best days were in the past.

But, as always, there will be burning questions for Ohio State and the rest of the Big Ten to answer at media days. Here are a few of them:

Question: Who is going to be Ohio State’s starting quarterback?

Answer: Like anything else was going to be the first question. Urban Meyer might continue to say he doesn’t know who the starter will be right up until the Buckeyes’ opener at Virginia Tech on Labor Day. Maybe he doesn’t, but he probably has a good idea who it should be.

The answer might end up being both J.T. Barrett and Cardale Jones will play. The question is who will play more.

It wouldn’t be surprising to see Meyer do something like he did at Florida in 2006 when Chris Leak started and Tim Tebow came off the bench.

Answer: Yes and yes. Elliott’s 1,878 yards rushing last season was the second-highest total by an Ohio State running back. He played 15 games, two more than George in 1995, and if OSU gets back to the national championship game, he’d have 15 again this year.

Some people might look at the offensive talent surrounding him and doubt he can match last season. But remember, George had a quarterback who threw for more than 3,000

yards (Bob Hoying) and a receiver who had one of the best season ever by an OSU pass catcher (Terry Glenn) in 1995.

Not being the only show in town can actually help a running back’s statistics.

Question: Which of the 14 Big Ten coaches at the 2015 Big Ten Football Media Days are most likely not to be around for the 2016 media days? What are the hottest seats in the Big Ten?

Answer: Come on down Indiana’s Kevin Wilson (14-34 overall, 6-26 in the Big Ten in four seasons) and Illinois’ Tim Beckman (12-25 overall, 4-20 Big Ten in three seasons). Even basketball-crazed fan bases like Indiana’s have their limits. And a trip to the Heart of Dallas Bowl, which the Illini lost, and six wins last season did little to take the heat off Beckman.

Answer: Maryland wins the toughest schedule trophy. The Terrapins play at West Virginia, at Ohio State, at Michigan State and their two crossover games with Big Ten West Division are against probably the two best teams in that division, Wisconsin and Iowa.

Ohio State’s schedule probably is among the four or five easiest in the Big Ten, but that prize might belong to Penn State. The Nittany Lions could be 6-0 when they come to OSU on Oct. 17 after playing Temple, Buffalo, Rutgers, San Diego State, Army and Indiana to start the season.

Question: What is the most dangerous game on Ohio State’s schedule?

Short term, it’s Michigan State on Nov. 21 in Ohio Stadium. MSU might be the second-best team in the Big Ten. Long-term it’s the game at Michigan the week after that.

Everybody remembers Jim Tressel saying Ohio State fans would be proud of their team on the field in Ann Arbor in 310 days. But it was following that up with a 26-20 upset win in Ann Arbor that sent a message things had changed. A Michigan win this year could do the same thing for the Wolverines.

Question: Did the Ohio State-Michigan rivalry immediately go to a higher level when Jim Harbaugh was hired?

Answer: Obviously, yes. Any Ohio State fan who dismisses Harbaugh as weird or likely to wear out his welcome or jump ship in three or four years is kidding themselves. Also, enough about the khakis.

Question: What is the biggest question on offense for Ohio State other than the quarterbacks?

Answer: It might be wide receiver, which many people regard as a position of great depth, with players like Michael Thomas, Jalin Marshall and apparently now Braxton Miller. But Ohio State has to replace Devin Smith, who made catching the deep throw look easy, and Evan Spencer, whose outstanding blocking was mostly overlooked until he helped spring Ezekiel Elliott on his 85-yard touchdown run against Alabama.

Question: Who will be this year’s Darron Lee, who went from redshirt to NFL prospect last season?

Answer: Good question since no one knew Lee would be last year’s Lee at this point in the season. Sophomore linebacker Raekwon McMillan certainly has never been under the radar. He arrived as a 5-star recruit. But it would not be surprising to see his career take off in a big way.

Question: Assuming OSU returns to the Big Ten Championship game, who will it play in Indianapolis?

Answer: Wisconsin again. But the score will be closer this time.

Question: Will Joey Bosa replace the shrug with a new celebration gesture this season?

Answer: He did cut his long hair short, so never rule out the possibility of change. But probably not.

Answer: The Offensive Player of the Year list starts with Ezekiel Elliott and whoever becomes the No. 1 quarterback for Ohio State. Michigan State quarterback Connor Cook also would be a candidate. And Wisconsin running back Corey Clement , who rushed for almost 1,000 yards last year as Melvin Gordon’s back-up, looks like the latest in a long line of elite running backs for the Badgers.

OSU’s Joey Bosa and Michigan State defensive lineman Shilique Calhoun should battle it out for Defensive Player of the Year.

Answer: It’s just a guess, but 15-0 and another national championship.