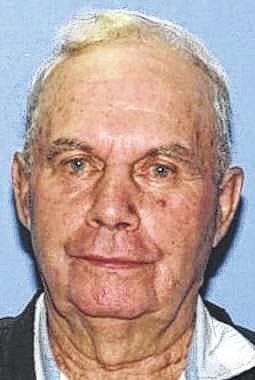 A Scioto County man has been reported missing by Greene County, Ohio, authorities. A Silver Alert was issued Wednesday for John Farrell, 87, of Turkey Foot Road in Wheelersburg.

According to law enforcement agencies in Greene County, Farrell left his home on Tuesday to travel to Jamestown, Ohio, where he was to pick his brother up to go fishing at Caesar Creek State Park. However, Farrell reportedly never arrived at his brother’s residence.

Sergeant Beth Prall of the Greene County Sheriff’s Office told the Daily Times Farrell’s last know location was the Marathon Gas Station at 5915 County Road 22A in Bloomingdale, Ohio. He got gas there at 10:47 Wednesday morning.

Prall said Farrell is driving a blue, four-door Ford truck with Ohio registration EAB 8490 with flames painted on the doors. She said he was towing a trailer with an 18 foot Starcraft fishing boat on it. She also told the Times Farrell has no cell phone and no other family in the Greene County area.

Prall said if you should locate Farrell or his vehicle you should call Greene Central Communication at 937-376-5111.